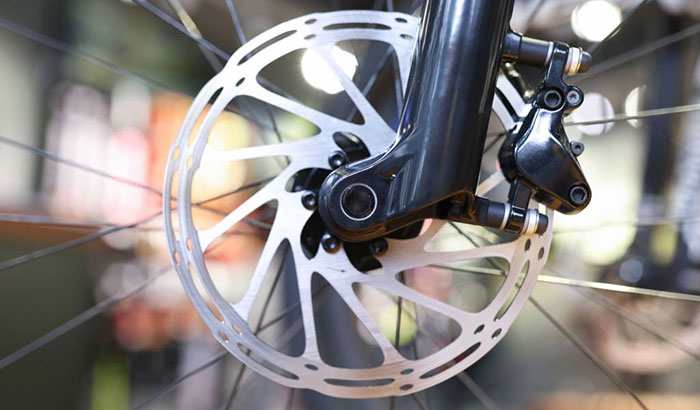 The brake is an essential part of your bike that makes you safe and sound while on the road. Over the years, there have been many types of brakes developed, but two brakes that are often compared with a lot of similarities are cantilever brakes and caliper brakes.

So, what is the difference between caliper vs cantilever brakes? Cantilever brakes are more potent than caliper brakes, but there are other differences between these brakes that we can find through this article.

The design of caliper brakes is the one you will find in old bicycle bikes. When a caliper brake is used, the brake will clamp on the metal rim, causing the bike to slow down. The cantilever brake works similarly, but the way it is built is entirely different.

Caliper and cantilever brakes work similarly, but the overall braking process is entirely different. It is a rim brake that is attached to the fork or the frame using a single bolt. The brake will surround on top of the wheel. The caliper brakes are also called side pull brakes since all the brake cables are installed on one side of the bike.

On the other hand, the cantilever brakes are considered the center-pull rim brakes. Its braking process revolves around pulling a brake cable which will, in turn, pull the brake arms towards the rim of the wheel, causing the bike to slow down.
Power

Caliper brakes are considered the most common brakes anyone can see on a bike. It has a very simple and sleep design but also has a very dependable power. Caliper brake’s power has enough power to slow down the bicycle and is considered the standard of all the bike brakes, especially road and youth bikes.

When cyclo-cross bikes are being used on the road, the bike usually needs a powerful brake, more than a standard caliper brake can provide. This situation is more fit with cantilever brakes as it provides more power on the brake than caliper brakes. 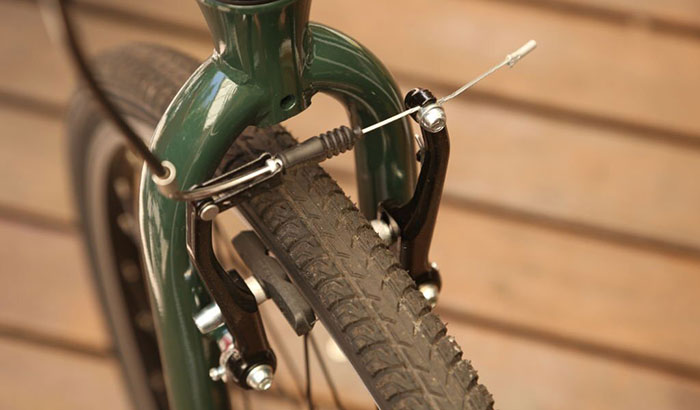 On the other hand, the caliper brakes do not provide the best tire clearance when installed on your bike. The reason behind it is the installation which is located at the upper part of the bike wheel, which prevents bike owners from using wide rims and tires on their bikes.

The size can also be a feature that will be distinguished between these two brakes. Of all the rim brakes, the most compact is the caliper brakes. With this compact size, it has a lesser chance of hitting the bike’s body, especially when doing tricks. It is the reason why caliper brakes are the preference of many BMX bike users, as they will not present any issue when performing stunts and tricks.

On the other hand, the size of cantilever brakes is completely the opposite of caliper brakes. They are bulky and are considered the widest rim brake anyone can use on a bike. It is normal for you to see the brake arms and the cables stick out at both sides of the bike. With its bulkiness, this brake is not fit when used in performing bike tricks, especially for those that are using BMX bikes.

The way they handle mud also will help us compare caliper and cantilever brakes. As for caliper brakes, their design or formation makes them susceptible to mud accumulation. Caliper brakes form an arch which can easily catch and accumulate mud over time. This situation is the reason why you will not see caliper brakes being used on road bikes, as mud accumulation can significantly affect the speed of the bike.

Meanwhile, cantilever brakes are exactly the opposite of the way they will handle mud during the ride. Since the two mechanisms of cantilever brakes are distanced from each other, they do not have the capacity to accumulate mud. They are only connected with a wire that slices the mud but does not store it.

The last thing that can be used to compare caliper and cantilever brakes is the level of difficulty in their installation and adjustment. ZIn my experience, caliper brakes are one of the simplest bicycle brakes in terms of operation, installation, and adjustment.

In fact, putting it on a bike does not need mounts because it can be secured by just a single bolt alone in the frame and form. The mounting system of a caliper brake is as simple as it’s designed and can be used on different types of bike frames.

Comparing caliper vs cantilever brakes will make you realize that each of these brakes can be useful depending on your biking needs. If you are an ordinary biker who only needs an ordinary or standard brake, then a caliper brake is the right fit for your bike. However, if you own cyclocross bikes and do cyclocross races, you will need a power brake, which is the cantilever brake.