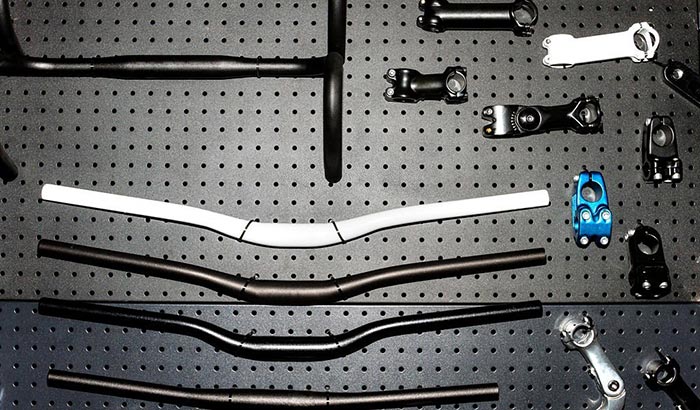 The handlebar is an essential part of the bicycle because it gives the biker the ability to control the direction of where the biker is heading. How the handlebar is also installed directly impacts the rider’s position, contributing to the biker’s comfort.

But the price difference does not mean that one is better than the other. It all comes down to the bike owner’s preference and budget. It is a fact that not all bikers prefer carbon because of its high price range. Some bikers chose the much cheaper aluminum because it fits within the budget.

Another aspect that can be used to compare aluminum and carbon-made handlebars is their weight. The difference in weight can be a significant factor for a biker choosing between carbon and aluminum handlebars.

In theory, the weight of a carbon handlebar is 20% – 40% lighter than its aluminum counterpart. Those bikers who put a premium on weight and prefer a more lightweight bike will probably go for carbon handlebars.

But not all bikers prefer a lighter weight on their bike. Around 60% to 70% of professional peloton riders reportedly use heavier aluminum handlebars. One reason for their preference is that it adds the bike’s weight to comply with the UCI’s weight limit requirement without affecting their overall performance.

Stiffness is defined as the ability of an object to resist forces which can cause it to bend. The stiffness of a carbon and aluminum handlebar is a very important factor to consider with the tendency of the bike to crash and the ability of the handlebar to resist bending during crashes. 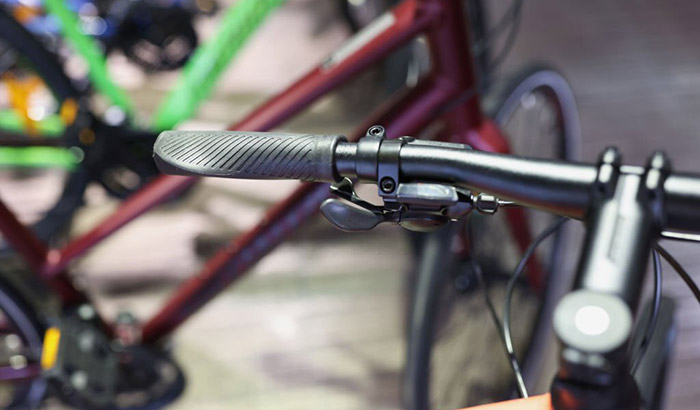 The need for the proper damping performance will provide a better grip for the biker. Too much damping will mean reduced grip on the bike and eventually affect the ride quality. Too little damping can also affect the stability, resulting in an uncontrolled ride.

Aluminum handlebars come with this extra durability that every biker can fully utilize. When a bike crashes, the aluminum can stand up to scratches and damage way better than its carbon counterpart.

But if you analyze the impact resistance between the two, I can say that there is not much difference. The aluminum handlebar has a slight edge because of how they respond to abuse and impact as time goes by.

With aluminum bars, it will likely bend from impact and abuse over time. It will show some deformity, which indicates how much time the handlebar is left with your bike. With carbon handlebars, it is entirely different. Carbon handlebars will break when they reach their estimated fatigue life.

These two handlebars can also be differentiated by the amount of comfort it brings to the biker during the ride. Since carbon handlebars come with better dampening performance, this will provide more comfort for the biker on the road or the trail.

Carbon handlebars absorb road imperfections and irregularities, resulting in a more comfortable ride with its excellent damping performance. The comfort will be felt in the hands since it will not rattle during the ride resulting in more energy for the biker.

When it comes to longevity, aluminum and carbon handlebars cannot be compared purely because there are other factors involved, mainly in the amount of abuse or impact they received previously.

As a general rule, replacement of handlebars regardless of material should be done after 2 to 3 years. After that, it is expected that the handlebars will show some signs of damage. But for carbon handlebars, it is recommended to replace them every 3 years to ensure maximum performance.

As for aluminum handlebars, those light ones must be replaced after 2 years of service. But then again, these time frames are just rough estimates. It will all depend on the quality of the handlebar to make it last longer.

In addition, the breakage of the handlebar will also depend on other factors, such as the type of stems and the installation components. Overtightening your brake levers, shift levers, and even the bar ends can help increase the odds of breakage.

Comparing carbon vs aluminum handlebars, there are many factors to consider influencing the biker’s preference. Each handlebar comes with both advantages and disadvantages that can affect the quality of the bike ride. But then again, it will also depend on the preference of the biker.