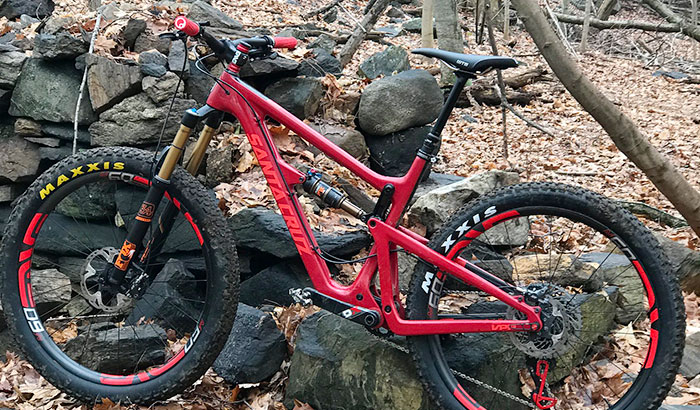 There is no denying that two of the best trail bikes today are the Santa Cruz Tallboy and the Hightower. Coming from a similar company does not prevent bike enthusiasts from comparing these two superb trail bikes. This article will compare Hightower vs Tallboy to see what these two bikes bring on the trail.

The original Tallboy was first spotted way back more than ten years ago. In 2019, bike enthusiasts first got a glimpse of a 29-inch trail bike with excellent quick-handling geometry. This particular bike has completely eliminated the notion that bikes with big wheels only provide a comfortable ride.

In every iteration of the Tallboy, what is impressive to me is how every inch of the details of this bike is nicely executed. For example, the adjustable upper links allow the owner to use between 27.5 plus and 29-inch wheels. I am also impressed by the internal cabling, which is very user friendly, to say the least.

Tallboy is perfect when it comes to biking in the local trails and short travels. But what impresses me the most is it’s super quiet. Thanks to its ribbed chainstay protector and excellent cable routing, this bike does not make any sounds at all.

The invention of the Santa Cruz Hightower gives the Tallboy a run for its money in terms of popularity in the long travel 29er category. This bike provides versatility to the rider as it is better equipped to handle steep and technical terrain.

Over the years, the high tower has come in several models but still shares the same features, making the bike perform well on the trail. It can do a lot of stuff that a mountain bike can do but with minimal compromise on the up and down of the ride.
Hitting the descent will make the suspension of this bike feel very sensitive but still very defined. It might not be as comfortable as you want to, but it still offers a lot of traction. Adding a suspension fork as well as an extra centimeter of travel will definitely fit nicely with this bike.

The Difference Between Hightower and Tallboy 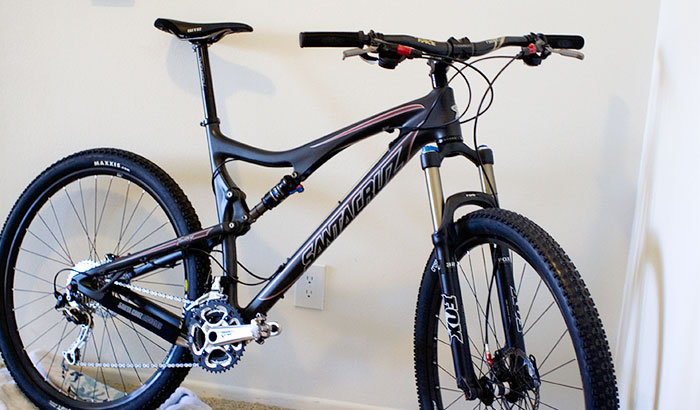 If you compare the Tallboy and the Hightower, the difference is not that big, but there are features that we can compare to differentiate these two trail bikes:

I can say that the Hightower is a much bigger do-it-all trail bike which fits well to trail riders who are interested in downhill rides. Compared to the Tallboy, it comes with more travel which assists this bike in performing better on steep and chunky trails.

Both of these bikes allow you to run 27.5 or 29 inches of wheels. The size of the Hightower is built on long and technical descents and big climbs. But, it really feels sluggish when it comes to riding on flattened trails. It will be better to have the Tallboy on this type of terrain.

There is not much difference between the geometry of the Tallboy and Hightower. But its extremely modern and progressive geometry makes it perfect for a short travel bike. In size L, the reach is at 468 mm, which is very roomy, while the head angle of 65.5 degrees is too loose, in my opinion.

The geometry of this bike can be adjusted using a flip-chip found on the lower shock mount. This feature allows the bike to be adjusted in the head angle and the bottom bracket height. The chainstay length can also be adjusted with this feature.

On the other hand, the Hightower also comes with a flip-chip that allows you to adapt to the bike’s geometry, depending on your preference. The Hightower head angle is 65.2 degrees which is slack for a trail bike. The seat tube angle of 76.3 degrees is too steep, in my opinion. However, the 33 mm bottom bracket drop and the 434 mm chainstays are really designed to have fun on the trail.

The reach measurement is almost the same, but the seat tube angle is steeper compared to the Tallboy. However, the Hightower also comes with an added travel and sag, which allows the biker to have a similar position with respect to the rear wheel.

I am really impressed by how easy it is to maneuver and how lively the Tallboy felt on the trail. However, using the longer wheelbase and slacker head tube of the Hightower provides excellent stability at high speed.

The only issue with these features of the Hightower, steering can be slower while the front wheel will only lift and drift on steep climbs. If you love handling a bike, I definitely for the Tallboy since it is built for it.

Cornering is probably the most significant advantage when having Hightower as your bike on the trail. While the Tallboy is low, the Hightower is even lower. Meaning, the Hightower has more reduced ground clearance compared to the Tallboy. This feature will give the Hightower more precise handling than its counterpart.

When comparing Hightower vs Tallboy, you will not really get too much difference since these bikes are manufactured by the same company. While the resemblance is obvious, the difference in their style will make you choose which one fits your preference. I feel that the Hightower feels better as the speed increases, while the Tallboy is all about easy handling, which makes it appealing to several bikers.