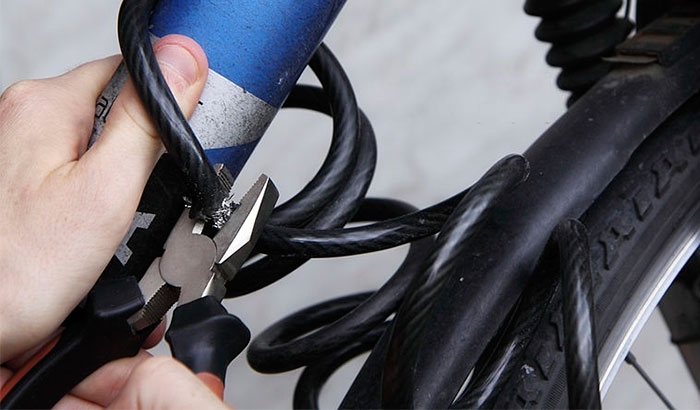 After a grueling bike ride, you decided to take a rest and roam around while carefully securing your bike and parking it in a place somewhere. However, after coming back, you begin to notice that the bike’s lock was already compromised and tampered which makes it difficult to open. For a situation like this, a biker needs to learn how to cut a bike lock cable and get out of the situation comfortably.

So, what is the right way to cut a bike lock cable? Does it need some special tools to successfully do it without damaging the bikes? These types of questions and other related information will be discussed in this article. It will also be detailing a step-by-step process that all bikers can learn and understand.

Why the Need to Cut a Bike Lock Cable

There are several reasons why a biker needs to cut the bike lock cable. Each of the reasons discussed has one common denominator, the bike lock cannot be open and the need to do some drastic measures such as cutting the cable is needed. Please check below:

The Lock has Tampered

What do you mean by a tampered lock? Consider this example: a 4-year old niece of yours suddenly becomes interested in your bike lock and puts some small stick on the keyhole making it tampered or compromised. This will give you a lot of problems in terms of opening the bike using your keys. Depending on the degree of damage to the lock, the biker might need to do a difficult decision to cut the bike lock cable for him to solve the problem.

When your lock fails to open even with using the keys or entering the secret combination of numbers or letters, there might be an issue in the internal part of the lock. This is called a bolt lock failure in which the system inside the lock has malfunction making it unable to open the lock. The most common reason for bolt lock failure is the age of the lock itself. Once it is already aging, there is a big chance that it might fail from opening.

You Lost the Keys

This is the most obvious reason and probably the usual cause of a biker failing to open his bike lock. Losing the keys accidentally can sometimes create some uncomfortable situation on your part especially if your bike is locked securely in a particular place. If you happen to accidentally drop it during the ride, then it will be impossible for you to look for it and the need to cut the bike lock cable can be the best alternative to solve the issue.

How to Cut a Bike Lock Cable 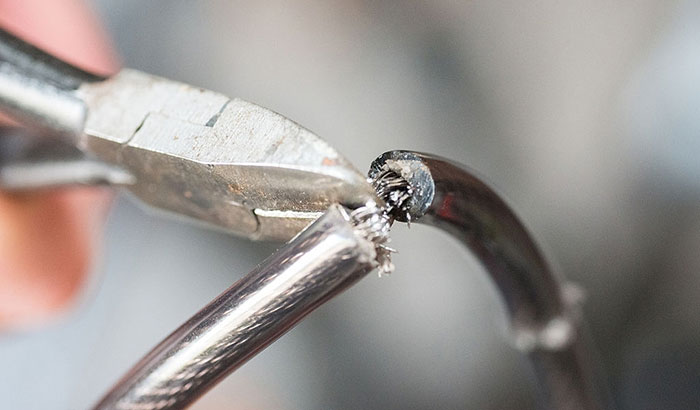 If you own a couple of cable cutters in your home, then you can cut a bike lock cable with ease. This amazing tool can cut any cable lock at the quickest possible time. For this reason, a lot of criminals are using this tool to steal bikes and other activities that need them to cut cables and other similar objects.

A bolt cutter is another tool that a biker can use in case the bike lock is compromised or is not opening. It comes in different sizes and can cut some of the most sophisticated locking systems but not all. An upside about this tool is it can be store easily in the bag or other similar containers especially those with smaller sizes. Thus, making the bolt cutters an ideal tool for bike thefts.

Another tool that can slice a bike cable is a hacksaw. It also comes in small sizes and can be put on backpacks among other things. If you own a low-quality U-lock made of thin and soft metals, a hacksaw can probably cut it through.

I am not talking about the regular angle grinders but the battery-powered and portable ones. For sure, they can cut any type of bike lock cable at the quickest possible time. However, if you have a strong locking system, it can still cut bit it may need a longer period for it to cut the bike cable. Although one downside with the product is its noise and sparks that can bring a lot of inconvenience to the bikers.

This tool m may be unfamiliar but can steal cut any bike lock made with soft or thin metals. If you have a U-lock locking system, then your bike is probably much safer.

Learning how to cut bike lock cable is an important skill to use especially during times of emergency where a biker fails to open the bike lock for some reasons. It is a good skill to have especially for a biker but should not be used in any illegal activities such as bike theft.