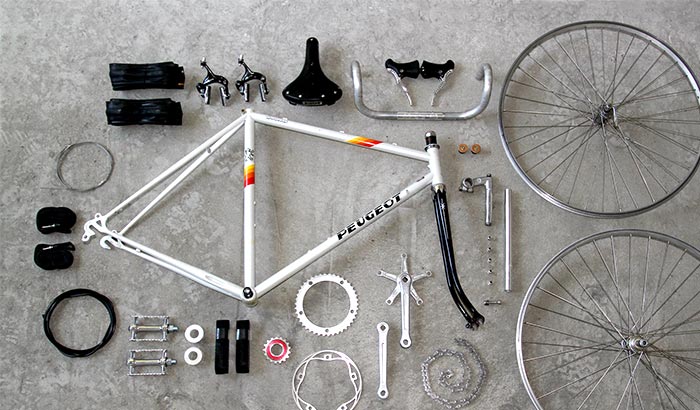 If you want to own an iconic and classical bike, owning a Peugeot model must be on your bucket list. After all, this brand was established before the 19th century and has already produced so many classical bikes through the years.

Serial Numbers and Other Identification Tips

All Peugeot bikes can be identified in the same way as the brand itself comes with a standard way of identifying all the bikes they released in the market. But the best way to identify a Peugeot bike model is to look for the bike’s serial number.

All Peugeot bicycles are marked with a serial number usually found on the underside of the bike’s bottom bracket. Usually, these serial numbers are put in the bike during the production process and will serve as one of the identity points of the bike.

The serial number of Peugeot bicycles is composed of a combination of numbers that are specifically assigned to a particular bike by the manufacturer. Apart from being helpful during the inventory process, this serial number has been the best way to identify the bike, especially those older designs. 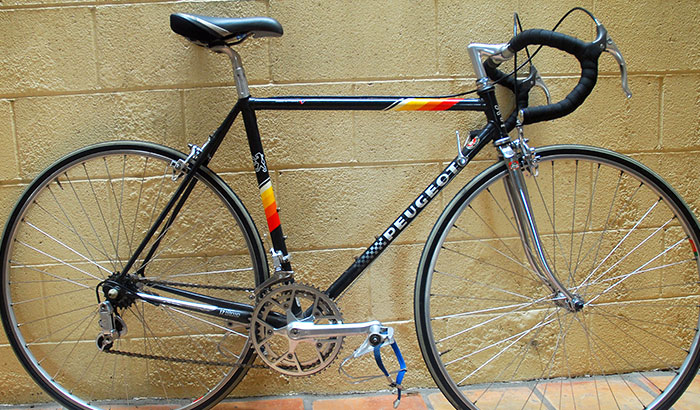 In the 1950s, the company started introducing well-known PC and PH models. It was also in 1953 that the PX-10E models came into the market. The said model was considered the most high-end bike during that time.

It was in 1966 when the bike was released as something special because the company made the Olympic rings in the seat tube. The company did it in honor of its active participation in the 1964 Olympics games.

The only change in the serial numbers of the bike models released in this decade happened during the later part. The company uses a 7-digit combination of every serial number assigned to every bike.

It was also in this decade that the company’s golden years as they experienced a bike boom. Most of the bike releases were the Peugeot PX10 line were the most in demand. In particular, the PX10E was considered the brand’s best racing bike during that era.

All the bike models released in this decade have a slight change in the serial numbers marked on them. The company decided to use 8-digit serial numbers and an additional letter prefix. It was also during this time that all models produced in the 1950s had PC-10, PH-10, and PLX-10 in their serial numbers. 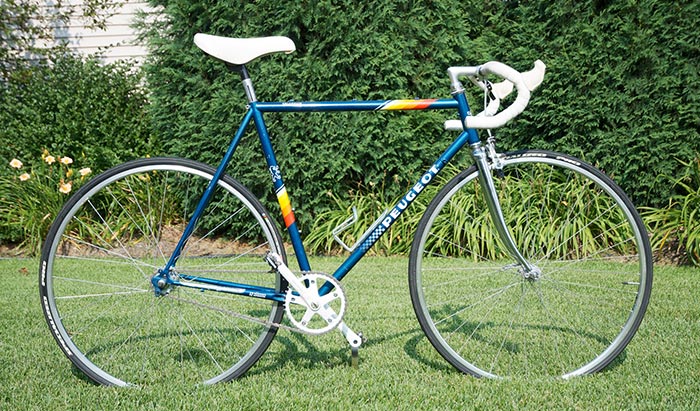 In fact, doing it is considered an art and is limited to just estimating the year of manufacture at the very best. So, it is a fact that dating an old Peugeot model is hard to date since even the original owners will have a hard time remembering the year it was bought.

Dating a bike can be done within a couple of years of its manufacture based on the bike’s frame and other components. As for the older bicycles, the serial numbers found on the underside of the bracket will be the key.

Learning how to identify Peugeot bike model is essential if you plan to own one. This brand is iconic and is one of the most popular classic bicycles you can own. But knowing the actual time of its manufacture is a challenge but fulfilling. After all, owning a Peugeot bike model is considered a privilege for every bike owner.