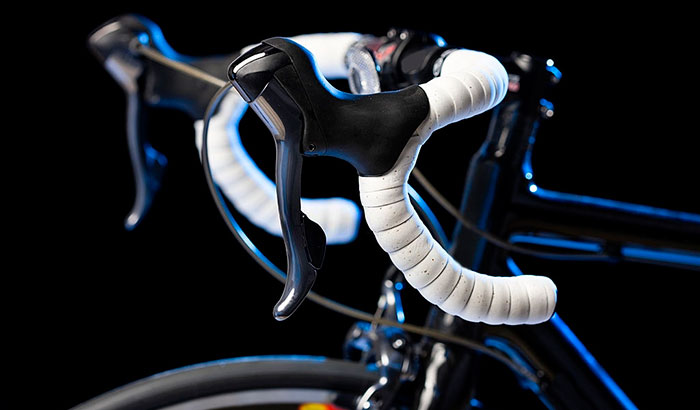 Wrapping the handlebars of your road bike is essential as it provides comfort by providing a cushion to your hands. It is also very effective in reducing the tension off your hands while on the road. But do you know how to wrap road bike bars? If not, check this article to find out our step-by-step guide in wrapping road bike bars.

Please take note that there are many types of handlebar tapes available. So, before you begin the actual wrapping process, check the quality of the tape by grabbing the end of the tape and pulling it to give you an idea of the strength of the tape. This action will provide you with an idea to prevent you from breaking the tape during the wrapping process.

Wrapping your handlebar is also an excellent time if you want to consider changing your lever height. Also, if you have used housing or cables, this activity is the perfect time to replace it if you want it to.

You can also take some time to prepare and cut some finishing tape to make it ready once the wrapping is done. It should be put temporarily in an accessible area near you, such as a part on your bike.

It is recommended to start taping at the bottom to the top on both sides of the handlebar. Doing it the other way around will leave an edge of the wrap exposed to the load on the hands. The pressure of the hands will make it unwrapped, pulling back and eventually wearing out while exposing the bar. 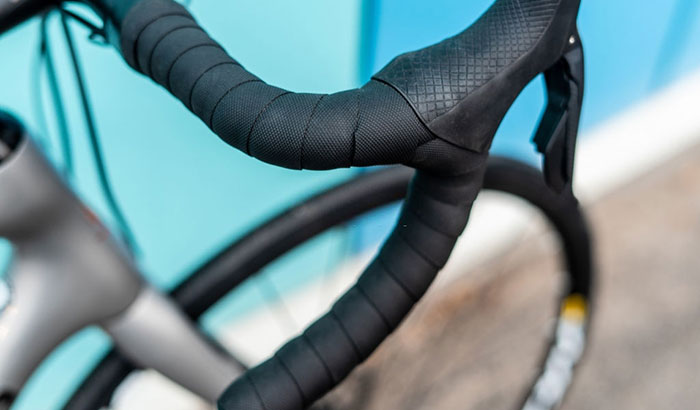 Step 3: Wrapping Past the Lever

If you are using a bike tape without adhesive, you will be relying on the tension to make it stick to the surface of the handlebar. Begin the wrapping process on the bottom using the right direction stated in the earlier step.

Strat the bottom while holding tight as you come around overlapping the tape while maintaining the tension. After two to three overlaps, you can stop to cover the end with the end plug. Install the plug fully and then proceed to wrap the bars.

If you have the tape with the adhesives, the first thing to do is peel back the adhesive covering before proceeding with a similar wrapping process. Stop after one or two revolutions to cover the end with the end plug.

Use a mallet if you need help in securing the end plug. Finish the wrapping process until it reaches the lever of the handlebar. Once in the lever, use a separate tape to cover the backside below the lever to serve as the cushion of the wrapping tape.

After that, wrap around the lever using the “figure 8” pattern where you wrap it around behind and then repeat the wrap similar to the number 8 figure. Once past the lever, continue to wrap until you reach the endpoint you plan earlier. Use the finishing tape to lock and secure the wrapping tape.

If the end plug is secured with a bolt, you do not want to start the wrapped square because it will end up with a lump on the bottom. What you do is create an angle in your wrap on the top of the end plug, but you need to cut the extra tape excessing the angle.

Trim the tape in the angle using a scissor to give you a starting angle on the tape, which can be used to wrap starting below the end plug. Doing this action will provide a much cleaner finish in the wrapping process.

Another technique competitive riders use is to use electrical tape as a primary wrapping material to provide adhesive to the wrapping tape. What you will do is wrap the electrical tape in reverse to the handlebar, exposing the part with adhesive.

Learning how to wrap road bike bars is essential to make your hands more comfortable during the bike ride. It’s one of the skills which can be learned, especially if you want to bring your road biking experience to the next level. If you’re going to be competitive in road bike racing, then having an excellent wrap for your bike bars is essential.