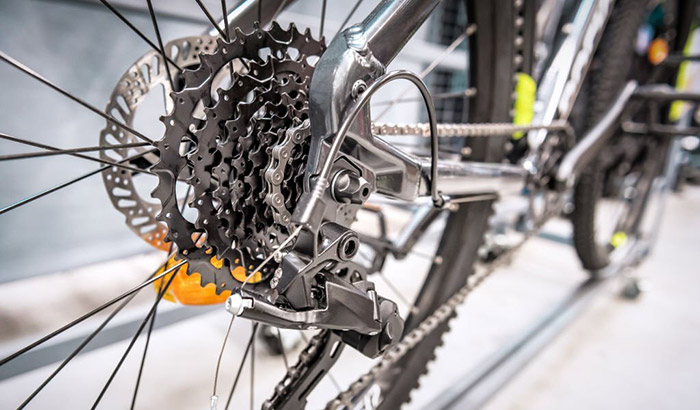 If you are buying a new bike, one factor you need to consider is the gear. A biker needs to choose between a single speed bike vs geared one. But what is the difference between the two? What are the benefits of having a single speed bike compared to a geared bike? Let us find out in this article.

To simplify, single speed bikes are those bikes with only one gear. This type of bike does not have additional gears, which allow the biker to change the gear ratio of the bicycle. Essentially, single speed bikes run with a freewheel mechanism that lets the bikers roll during the bike ride without even pedaling.

A single speed bike has only one gear ratio, which means that the bike has only one chainring and one rear cog. The bike chain will stay on the same two sprockets all the time. Definitely, a single-speed bike will not need you to shift with the absence of shifters, derailleurs, and internal hub gearing on the bike.

The best thing about a single speed bike is its low maintenance cost. With the absence of so many components, maintenance will be minimal. There is not so much to think about with the single speed bike in terms of maintaining the parts. Only the brakes, the chains, and the tires should be checked and maintained regularly.

With the minimal components, single speed bikes are generally lighter. But with the single gear feature, the biker will need to pedal hard when increasing the speed. This situation means that it also provides an excellent way for the biker to exercise and get fit. Finally, single speed bikes are generally cheaper than geared bikes because of the fewer components involved.

Meanwhile, the lack of gearing means that the speed will be limited, especially in climbing hilly roads and navigating rugged terrains. Its lack of versatility means the biker’s option is very limited on the road. 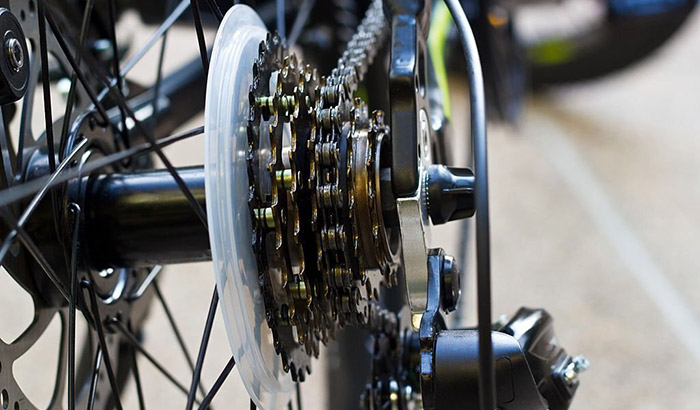 On the other hand, geared bikes are those bikes that use a system of several gears which means the bike uses multiple gears and multiple speeds. A geared bike comes with shifting gears that usually change the gear ratio during the bike ride.

This shifting mechanism is usually installed in the handlebar to allow the bike to change the gear during the bike ride easily. Once the biker shifts down, the bike will be easier to pedal, but once the biker shifts up, the complete opposite will happen as it becomes more challenging.

There are two types of gearing mechanisms found in a geared bike. The first one is the hub gear which is usually covered and enclosed in a case. The second one is the derailleur gear which has exposed parts.

The primary benefit of a geared bike is the derailleur and gearing hub, making it easy for the biker to navigate hilly roads and difficult terrain. The gearing mechanism will make the bike experience more efficient and more accessible.

The biker will not need to exert so much effort when pedaling since the bike will be more efficient with the gears. Obviously, the speed of the geared bike on flat roads is more powerful and quicker compared to a single speed bike.

Versatility is also one of the assets of a geared bike. The bike will be using multiple gears, which means it is very flexible. As the bike’s gear increases, the versatility of the geared bike also increases as it makes it easier to navigate on difficult terrain and roads.

However, a geared bike will be louder compared to a single-speed bike. It also means that you need to do a lot of cleaning and maintenance to keep the bike components in excellent shape and make it silent.

Geared bikes are very costly in terms of maintenance and cleaning. You need to do constant lubrication, repairs, and even parts replacement. They are also heavier since a lot of components are expected in a multi-gear system. Also, it is more expensive compared to a single speed bike.

Can You Convert a Single Speed Bike to Geared

Converting a single-speed bike to a geared one is very much possible but not economical. Meaning, it will cost you more to convert the single speed bike to a multi-speed bike. It is more advisable and probably cheap to instead buy a new bike than find a conversion kit.

However, if the manufacturer of your bike model already offers a conversion kit that is much cheaper and affordable, you can proceed with the conversion if you want. You even contact the manufacturer and ask about the possibility of converting your single speed bike.

Should you decide to proceed with the conversion, there are two factors that you need to check on your single speed bike. First, check if the rear stays on your bike will be wide enough to accommodate a wheel with a multi-gear cog.

Then, you also need to check if the rear dropout has the size and the geometry to accept a rear derailleur hanger. If your bike meets these requirements, you can either work with a local bike shop or do it yourself if you have the skills.

Learning the difference between a single speed bike vs geared one is essential, especially if you are looking to buy a new one. But choosing between these two bike types will depend on your preference and your requirements in doing a bike ride.