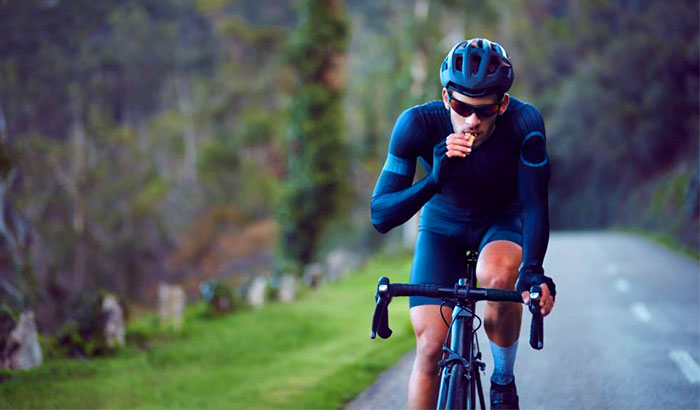 For casual bikers and cyclists, riding a bike brings substantial benefits to the body. However, most of the cyclists that I know are skinny, making them look different from other bikers. So, why are cyclists so skinny? Let us find out various reasons in this article.

Cycling is an Active Lifestyle

In my experience, not all cyclists have a skinny figure, but I am talking about casual cycling practitioners. But when it comes to competitive cycling, the majority, if not all of them, are very skinny, especially those experienced riders.

Cycling is an active lifestyle. When the bicycle runs, it burns fats fast because the cyclist’s body is always in motion from the time you start pedaling your bike. They say that regular cyclists come with more catabolism than anabolism. The lower body workout is stronger, making all internal organs work efficiently making the cyclists skinny.

For long-distance cyclists, it is all about efficiency. Once the body loses weight, it burns fewer calories every mile. But still, the active lifestyle will help burn the fats in every ride, eventually making the cyclists look skinny.

For those very active cyclists, they have to maintain the highest level of nutrition to keep up with the challenges of cycling regularly. Cyclists need to keep their weight down, making it essential to eat the right food before, during, and after the bike ride.

Before the ride, a cyclist’s diet includes foods that have a slow-release carbohydrate, one protein source, and at least a vegetable or fruit to enhance the cyclist’s nutrients profile. An increase in carbohydrates is needed during the ride, which should come from a sports drink, bars, and gels. An alternative is natural foods such as bananas and dried fruits.

After the ride, cyclists will need to eat foods that should replace the energy that the bikers lost. The food should also contain a lot of protein and carbohydrates. Chicken, vegetables, and tuna are perfect recovery meals for riders.

If you try to analyze the diet for cyclists, it is all about being healthy and nutritious. And most of the foods should be low in fat. Because of this situation, the effect of a healthy lifestyle together with healthy food can make cyclists skinny. 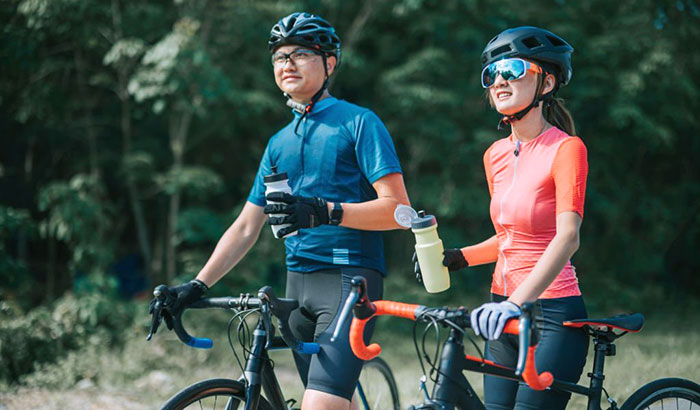 If a cyclist wants to go fast, he needs to develop power and stronger muscles which can be achieved by reducing weight. In addition, you can add the reduced calories through constant cycling, and the result will be a lean or a skinny cyclist.

Cyclists Does Not Need Upper-Body Strength

If you notice, most cyclists come with flat-chests, narrow backs, and skinny arms. Although, others will always see the skinny arms because it is not covered in a jersey. But why the skinny arms?

Cyclists come with skinny arms because cycling as a sport does not require strong triceps and biceps. Along with the encouragement to keep the weight low to achieve optimum performance, the cyclist’s must-have skinny arms to get the job done.

But when it comes to the legs, you cannot really conclude that a cyclist has skinny legs. It will depend on what kind of cyclist you are talking about. I know a friend who is a sprinter, which means his specialty is to go very fast using a short burst of energy and power. His legs are not skinny but bulky.

On the other hand, a professional cyclist can have very skinny legs because of the challenges presented during the race. Professional cyclists have the specialty of putting so much power for a long grueling time which needs them to be skinny and not bulky.

Counting the Calories and Weighing the Food

As mentioned earlier, cyclists follow a particular diet plan before, during, and after the ride. But many professional cyclists actually are counting the calories and weighing the food to make sure that they are only eating what they need during the race.

A cyclist or even a regular person can be skinny. What I mean is that some cyclists are skinny because it’s their natural physical form. I mentioned that the training and the diet could make cyclists skinny, but others are also hereditary. Some people are just predisposed to be skinny, just like some of the cyclists.

Why are cyclists so skinny? There are many reasons why many cyclists are skinny. Most of the reasons are the effect of their training, food intake, and the eagerness to lose weight for optimum performance. Other cyclists are lucky to have skinny hereditary traits, making them natural skinny individuals.