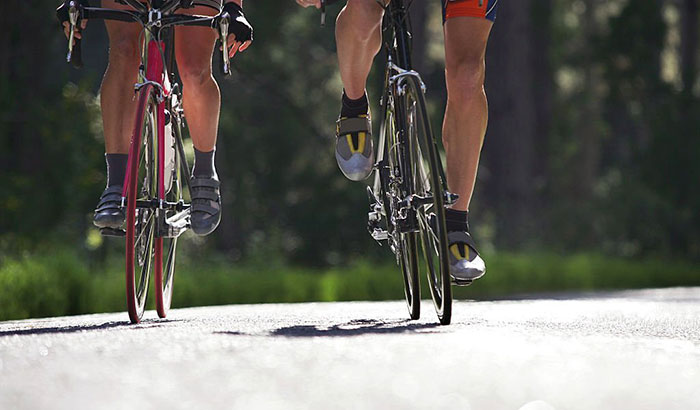 When I was still new to cycling, I found it weird to see most of the experienced cyclists having shaven legs. This observation is likely similar to the other newbies who find it odd to see the same shaven legs on the other cyclists.

But why do cyclists shave their legs? The popular reason behind the shaven legs is the vanity side of doing it. Cyclists like to see the legs look good along with the leg muscles as it is exposed without the hair in the legs. But there are more important reasons for shaving the legs of the cyclists which are listed in this article.

All About the Hygiene

Not all cyclists shave their legs but when it comes to the most important valid point in shaving the legs, the hygienic effect is one of the most obvious reasons for doing it. Every cyclist has the tendency to crash and experience cuts in their legs. Having shaven legs can give easy access to the cut for it to be easily cleaned and medicated.

Always remember that long hair found in every part of your legs can make the cut very difficult to heal as the scab begins to form on the cut and is matted with the leg’s hair. It will be very painful to move and difficult to heal the wound quickly.

On the other hand, if your legs come with smoother skin without the hair, removing all the dirt in the cut is much easier. When you clean the wound, it will be easy to deal with all the dirt and mud in the cut and other parts of the legs with the absence of the hair.

So, shaven legs will help quickly heal the cut or wounds in your legs because it is so easy to clean and treat. You can quickly get back to bike riding as quickly as possible without the difficulty of treating the wound suffered in your legs.

Shaven Legs Will Save Precious Seconds 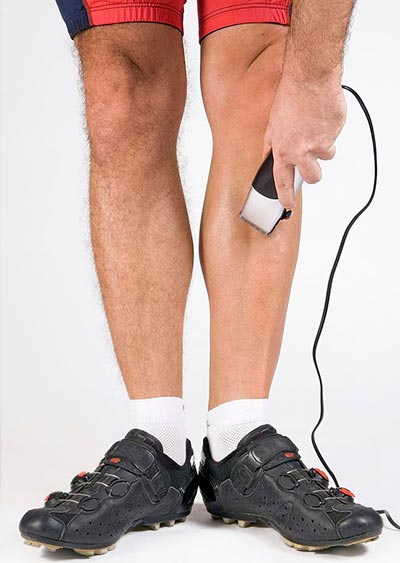 Aerodynamics is actually a debatable reason for cyclists to shave their legs. But in today’s age, where skinsuits and aerodynamic rims are being invented, we cannot help but think that removing the hair of your legs can help in the aerodynamics of your biking.

Studies have been conducted to support that having shaved hair can increase your speed and save precious seconds in your performance. Triathlete Jesse Thomas has conducted several tests showing that shaven legs can reduce 7% reduction in drag, equivalent to 15 watts lesser at the same speed.

But the question is, are there many tests conducted to conclude about this aerodynamics benefit? Probably yes, but one thing that many cyclists already testified is that having hair in the legs is different when it is shaven, especially during the pedal.

Many cyclists said that they feel a lot of rustling on the pedal strokes with the hair in their legs. But once they had removed the hair from the legs, the pedaling was gliding silky smooth, which is two different situations.

In addition, Oliver Bridgewood, a presenter of the Global Cycling Network, said that the hair on the legs could act like a bluff on the body. The hair will turn from a laminar flow to a turbulent flow while reducing the weight of air as it exits the legs.

The aerodynamics benefit of shaven legs to bikers is still debatable in so many ways. But many bikers believe that it can make them faster and save some precious seconds in their performance. It is also the best excuse when other people are asking you the reason for shaving your legs.

Another reason why cyclists shave their legs is it brings the massaging of the legs accessible, easier, and more comfortable minus the hair. If you think about it, massaging or rubbing your hands on other people’s legs on an abrasive surface can get you uncomfortable.

It will probably make your hands sore or rash at the end of the massage session. In addition, if you are consistently massaging your legs after every bike ride, the massage therapists will tend to pull the hair during the session unintentionally.

The result will be a painful experience on your part once the session is finished. On the contrary, having hairless legs will provide easy access to the therapist and make the session a lot easier than when your legs have hair. 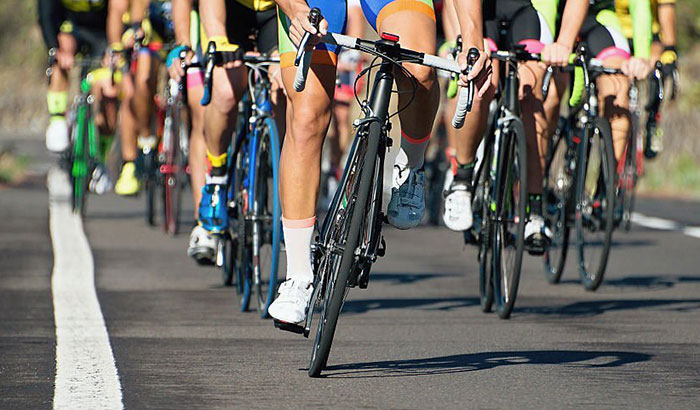 Many cyclists remove the hair from their legs because it looks good from other people’s perspectives. It is essential for every cyclist to feel comfortable on the road, and if shaving makes them look good, there should not be an issue when shaving the legs.

Some cyclists do it for vanity. Once the hair is removed on the legs, the muscle formed by constant biking will be in a frontal display, making it look clean. Some people feel good when their leg muscles improve because biking and having none of the hair covered on the legs will also make cyclists more comfortable.

For Conformity and Tradition

When other cyclists are doing it, why not do it yourself, too, right? The shaving tradition for cyclists has been there for so many years, and it is understandable that other new cyclists will also follow this tradition.

In fact, many cyclists consider shaving their legs as a sign of seriousness and dedication to the sport of cycling. It is one way of declaring your seriousness as a cyclist and the sport in general.

Why do cyclist shave their legs? As mentioned above, there are many reasons for this unique cyclist’s habit. Shaving the legs has been practiced for many years, benefiting many cyclists during the biking session. It can be a tradition or a fashion, but one thing is clear, shaving the legs makes the biker comfortable once on the road.